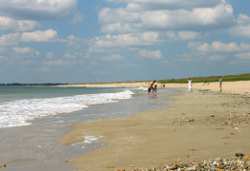 ► You are here:   Gites in France  ›
Brittany  › Southern and eastern Brittany

The gites  Click on any link below for a detailed description of the property, with photos and prices S & E. Brittany 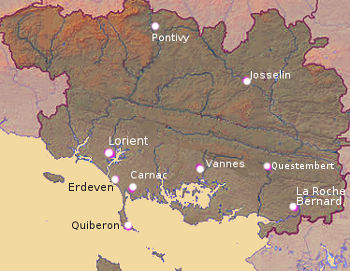 Gites in Morbihan, Ille & Vilaine and Loire Atlantique  for hire directly from the owners.


Book directly with owners ! Best rates, and no hidden charges.
Most properties listed on Gitelink can be booked directly with owners, avoiding the commissions and fees charged by many online holiday rental agencies. By booking directly, you may avoid rental-site fees of up to 16% on top of the rental charge – not to mention the commissions charged to property owners. 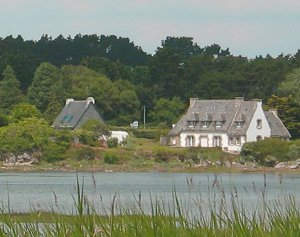 Discover the east and south of Brittany

Brittany, easily accessible from the UK, is an area of France with plenty of facilities for self catering holidays, including many gites with English-speaking owners..

The departments of Morbihan and Loire Atlantique include the area along Brittany's warm south coast.  Ille and Vilaine department includes the eastern area of the region, together with a part of the north coast, including the world-famous Mont Saint Michel and the popular tourist city of Saint Malo.
Loire Atlantique, the area round the mouth of the Loire, is not part of today's Brittany region, though is part of the historic province of Brittany.
The south coast of Brittany is both sunnier and warmer than the northern coast, and also quite different. The shores of the Morbihan are characterised by sandy beaches and creeks, rather than the rocky coves of the northern shores. With its small ports and sheltered inlets such as La Trinité sur Mer, Morbihan is very popular with sailors and yachtsmen. A number of islands lie just off the coast, and can be reached by boat.   For those who prefer inland waterways, parts of the Nantes to Brest canal and the river Vilaine and the north-south Brittany canal provide interesting opportunities for pleasure cruises. Other points of interest in Morbihan include the prehistoric stone alignments at Carnac, and the little town of Quiberon, standing on its peninsula joined to the mainland by a long and narrow isthmus.
Inland Morbihan and Ille & Vilaine are deply rural areas, popular with second-home owners who have bought up many of the region's old cottages, some of which are now let out as gites and holiday rentals.
Click here for more information on Brittany.

Brittany is easily accessible from the UK,

Driving times
Direct access via the Breton ferry ports of Saint Malo and Roscoff.
1 to 3 hours driving from the port of Cherbourg
4 to 6 hours driving from Calais or Lille under normal driving conditions, following motorway via Rouen Caen. See Driving in France


Gitelink does not collect personal data. We use cookies only to enable audience stats, social media and some ads. If you are OK with this just click or else find out more about cookies