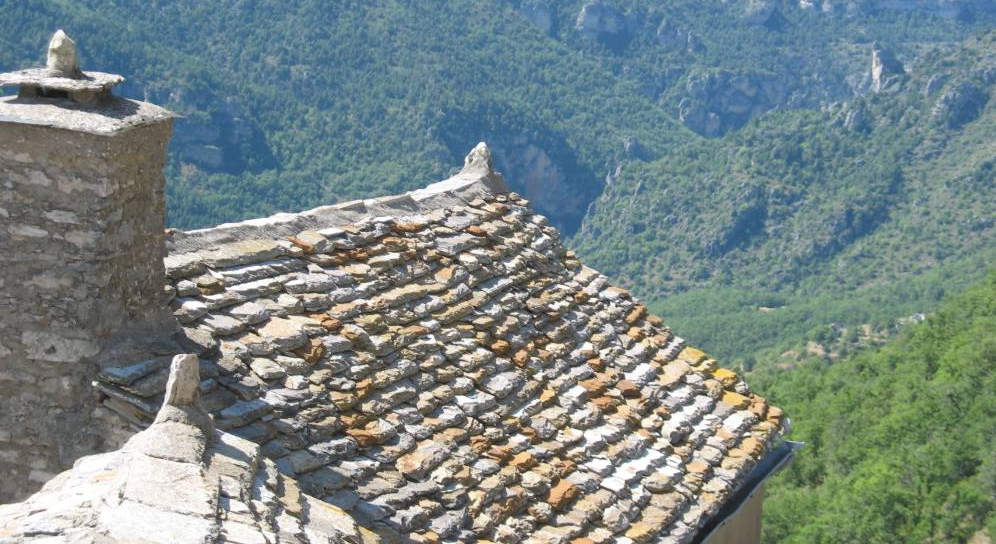 Holiday cottages in the south of the Massif Central - 2022


► You are here:   Gites in France  ›  Ardeche Lozère Aveyron Lot

The southern fringe of the Massif Central

For the rest of the Massif Central see Auvergne & Limousin gites

Gites in the Aveyron

Sorry, we currently do not have any gites in the Lozère.

See also: ► Bed and Breakfast in the Massif Central

For some of the gites listed with Gitelink, booking must be made through Gites de France or through an online booking agency such as Booking.com.

Other accommodation: B and Bs in southwest France     Small campsites in SW France


Owners: add your site  :
With up to more than 20,000 visitors per month Gitelink offers unbeatable value for owners wanting to advertise self catering in Normandy, holiday cottages, villas or gites in this or other regions of France. All properties are advertised in both the English and French versions of the directory. Very competitive pricing and a high level of clickthroughs ensure that Gitelink is a valued partner for an ever growing number of owners in France. Click for further details

Gitelink - a selection of self-catering holiday cottages for hire directly from the owners.


No fees ! With Gitelink book directly with owners, avoiding the commissions and administrative fees charged by many online holiday rental agencies and websites.  Some properties may or must be booked through a booking portal that does not charge any fees to the customer. 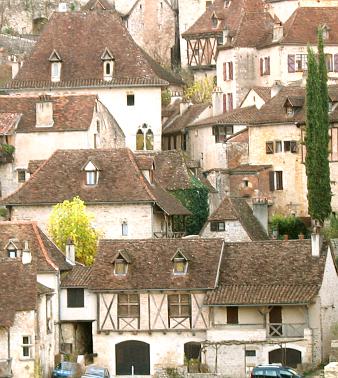 Saint Cirq Lapopie, in the Lot

The south of the Massif Central

The departments of Lot, Aveyron, Lozère and Ardèche form the southern edge of the Massif Central uplands.

The four departments of the southern Massif Central, the LALA fringe, constitute one of the wildest and most sparsely populated areas of France, stretching from the Lot in the west,  through Averyron and Lozère in the middle, to the Ardèche in the east. While the Lot and the western Aveyron, in the west, bordering on the gentle countryside of southwest France, are milder and greener areas, the limestone highlands, stretching from the Aveyron through the Lozère and to the Ardèche, offer a wild landscape, where the bedrock is seldom far below the surface. In the past, agriculture in this region was very poor, and the arid steppes of the area known as the "Causses" supported little more than subsistance farming and the rearing of sheep. Perhaps the most famous product of the area is Roquefort, the celebrated blue cheese made from ewe's milk.
On the upland marches of  the Aveyron and the Lozère, the Aubrac plateau is an upland area of forests and open prairies, famed for its cattle.
Over large areas, the land is covered by scrub and woodland, and the region is penetrated by deep river gorges, notably the "Ardèche gorges" and the "Tarn gorges" in the Aveyron and Lozère, the most spectacular canyon in France. Reintroduced in the late 20th century, vultures have now reestablished a presence in this area, drawing in bird-watchers form far afield. The pilgrimage village of Rocamadour, in the Quercy, is one of the most visited sites in France. Until the opening of the A75 motorway with its celebrated "Tarn viaduct", the highest bridge in Europe, the region suffered from serious problems of accessibility. But today access is no problem.
There is not a lot of holiday accommodation in this area: most of the gites and cottages are geared for people wanting to relax well away from the stresses of city life, or enjoy outdoor pursuits in the wide open spaces of the uplands.


Getting to the south of the Massif Central

Driving times
from Calais or Lille: 9 to 12 hours under normal driving conditions, depending on destination. Access via A20 (west), A71/A75 (middle), or Lyon and A7 (south) See Driving in France