Dordogne and the British 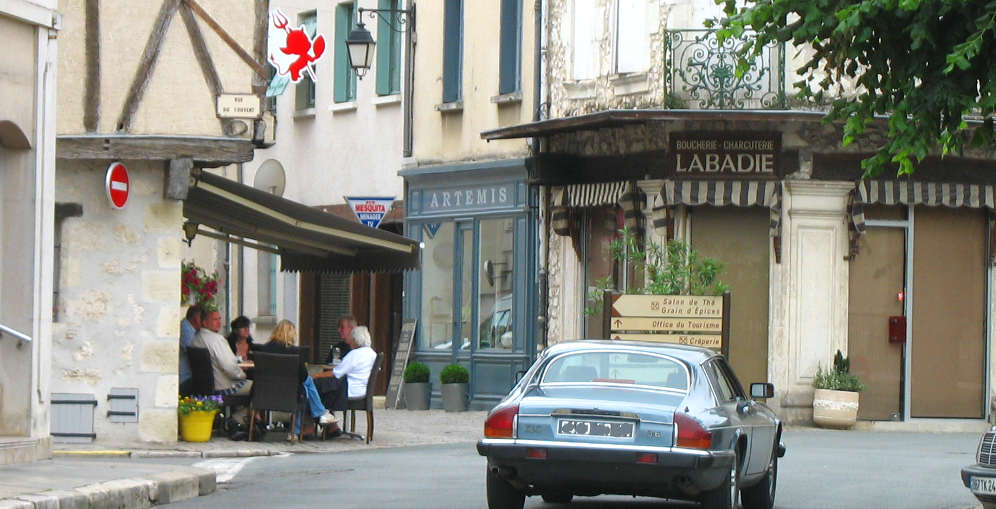 To the French, the word "Dordogne" means one of two things. Most commonly, perhaps, the word refers to a long river that rises in the Auvergne, near Clermont Ferrand, and flows down to join the Gironde, near Bordeaux.  Secondly, and in particular for people living there, it means a French administrative department, whose capital is Perigueux, and number is 24.
To many in Britain however, it means a part of France - partly in the Dordogne department, partly outside of it - that, for some reason, has come to represent an idealised rural world, where the pace of life is slow, and the climate is mild. The image of this northern part of Old Aquitaine, a region of France from from which some of their distant ancestors may have come six centuries ago, has become so strong as to turn the area into the number one destination for Brits wanting to escape from the rat-race and congestion of modern Britain.
It was in the late 1960s that the first enterprising estate agents discovered that they could sell old rundown farmhouses in the Dordogne at ten times the price that locals were willing to pay, by selling them off to wealthy British Francophiles. Since then, thousands more have moved in, to the point that the area round the town of Eymet now has some 5,000 to 10,000 British residents, and the "department" of the Dordogne now has some 800 businesses registered by British owwners !! In Municipal elections, a number of British residents stood for election to local town and village councils, and several have been elected. .... Unfortunately Brexit put an end to that except for those residents who have taken French nationality

Unlike the earliest residents, most of whom were of retirement age, many of the modern British immigrants to the Dordogne are in their forties, and have families.  8% of the 300 pupils at Eymet's middle school are British. The existence of easy air links with several UK airports has done much to stimulate the flow of British expats, or would-be expats, to this part of France; but the flow was also largely helped by an extremely attractive balance of costs that  prevailed in the early part of the century.  Not only was the Euro very weak compared to Sterling, but the French economy was depressed, pushing down prices throughout France; it was a golden opportunity for Brits who were willing to make the move, and risk a jump into the unknown.

Today the situation has changed, and although a large number of people in Britain say that they would love to move and live abroad, and although Dordogne remains a favoured destination, the flow is likely to slow down. Moving to the Dordogne is now far more expensive than it used to be; Sterling has lost 25% of its value compared to the Euro since 2000, house prices have risen sharply in areas like the Dordogne, and travel costs have gone up sharply too.

Nonetheless, in the new Europe, migrations are the norm, and the movement of people from Britain to the Dordogne, and to other parts of France is unlikely to stop, in spite of the unwelcome new barriers put up by Brexit. The Dordogne's economy has benefited considerably for half a century from the influx of British residents who have helped reverse a century of rural exodus in this part of deepest France, and local authorities are keen to make new arrivals welcome in spite of Brexit. The Dordogne's reputation as "England as it was sixty years ago" - however imaginary it may be - is not going to disappear overnight, and the attraction of an area where the pace of life is slower, and crime is lower, and the climate drier and warmer, is not going to fade away.  Even if there are really plenty of other parts of France that are just as attractive as this little England in Aquitaine, and also considerably cheaper, Dordogne's image is now firmly established, and is unlikely to fade away. 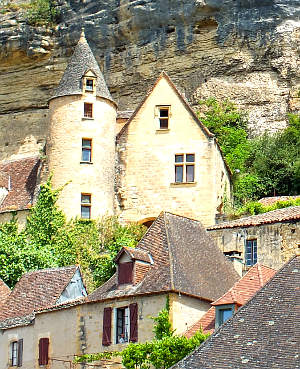 Getting to the the Dordogne area:

Driving times
7 to 12 hours from Calais or Lille under normal driving conditions.
Best access routes from UK, Belgium or Holland:
Western channel crossings to Roscoff, Cherbourg or Caen. From Calais, motorway via Rouen,Orleans, A71 and A20. See Driving in France

Gites in other areas of France:

Select an area on the map

or choose a region

Gitelink does not collect personal data. We use cookies only to enable audience stats, social media and some ads. To continue using this site, please   or else request more information